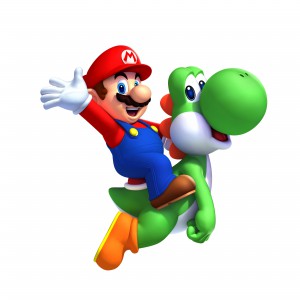 Last week Nintendo released Super Mario Maker for the Wii U. While I will freely admit that my video game consoles collect a lot of dust these days,  I must say that I have enjoyed playing this game quite a bit. While searching google for some inspiration on creating my own levels I noticed that Mario maker was not the first game created that allows you to make your own stages. Along the way I discovered http://www.supermariobrosx.org. The site seems to have a pretty strong community and also has some downloadable content. By default it comes with two “episodes”, The Princess Cliche and The Invasion. The game it’s self is free to download and is done in the style of Super Mario All Stars with some elements from Super Mario World and Super Mario 64 as well as a few new things. I do not recommend that you try to play this on your PC keyboard though. If you do I think that you would become very frustrated with the controls. Instead, I went to Hastings and bought an USB controller for $15 that mimics the old Super Nintendo’s controller. This significantly improved my game play experience. Check out my first “Let’s Play” ever in the video below as I play through the game along with my friend Jimmy Huskey and Kevin Crafford.